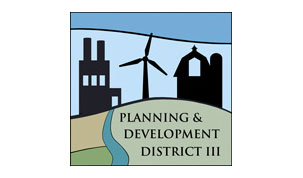 The "seeds" of District III were sown in 1970 as federal Model Rural Development Program guidelines were being considered by the South Dakota Planning Agency. On December 4, 1970, Governor Frank Farrar (pictured right) signed an Executive Order creating the boundaries of six planning districts. District I (Watertown) was the pilot organization. District III was established in May 1973.

The District's initial membership included twelve counties, eleven cities of 1,000 persons or more, and the Yankton Sioux Tribe. These entities formed the voluntary association under a "Joint Cooperative Agreement", which was authorized under state joint powers statutes.