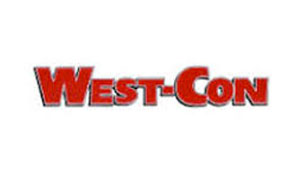 
It’s estimated that independent businesses return an average of three times more money to their communities than their competitor chains. The REED Fund has long been investing in local companies to help build businesses —and ultimately more resilient local economies.

With the improvements, the Appleton facility has access to four different railroads, and the added 2.75 million bushels of storage allows the company to better accommodate three crops: wheat, corn and soybeans.

“The additional space was huge for us. We really needed that to make it easier to handle all three commodities and without having mixed grain,” General Manager Dean Isaacson explains, noting that REED’s reasonable financing option was important in helping make the expansion a reality for West-Con.

The company employs about 100 full-time workers, plus up to 40 part-time seasonal workers. Besides Appleton, West-Con has other Minnesota locations in Holloway, Kensington, Ortonville and St. Leo as well as one in Twin Brooks, South Dakota. West-Con also received REED funding in 2005 through the Whetstone Valley Electric Cooperative in Millbank, South Dakota.

The cooperative has been working to improve its core facilities in terms of speed and efficiency. Its Holloway fertilizer plants were also just upgraded, increasing loadout by 80 percent and doubling their blending capacity.

According to Isaacson, West-Con takes pride in offering good service and competitive prices. “We’re always thinking about how we can get more money into the farmers pocket,” he says. “We’re a locally owned co-op with earnings that go back to the producers. We’re not a multinational company where profits disappear to bigger cities. We return an awful lot of cash to the local community.”

In keeping with this community-mindedness, West-Con makes regular contributions to support community essentials such as local ambulance services, fire departments and healthcare facilities. “As a company, you can’t just take from a community, you need to give back too,” says Isaacson. “We’re pretty proactive about helping in our communities when needed and we encourage our employees to volunteer.”