Little Motel on the Prairie 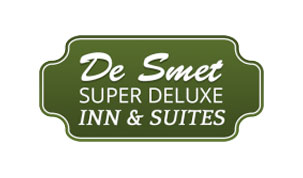 
“It’s salt of the earth people that come to visit De Smet. They can’t believe how it keeps its prairie ambiance,” says Cheney. “They think of it as a different world but people still come into town and can feel that friendliness as they walk up and down the street.”

In 1999, Connie Cheney told her husband she wanted to build a motel in De Smet, South Dakota, “He said, ‘You’re out of your mind,’” she remembers with a laugh.

But that didn’t stop her. The Cheneys had owned and operated a small bed and breakfast in the area for 19 years. She recognized the need for a motel to support the town’s small tourist economy and was looking for a retirement plan.

The company the Cheneys started is aptly named Sunset Adventures. “We’re in the sunset of our lives and it’s an adventure,” she says.

Building the motel was a lengthy process with a lot of “one step forward and two steps back,” Cheney explains. First, there were sky-high interest rates to contend with. Then there were banks reluctant to loan money to a business based on tourism.

“Initially, getting bank financing was a hurdle. The bank said tourists wouldn’t be enough to keep the business going, that we needed more local customers coming every week,” says Cheney.

Cheney gathered a list of 100 supporters and got letters of support from area businesses. She commissioned a feasibility study to demonstrate what she knew in her heart: a motel in De Smet could be successful.

Cheney says Kingsbury Electric Cooperative was helpful during this process of obtaining support and local bank financing. The Rural Electric Economic Development (REED) Foundation helped fund some of the initial construction as well. “It was nice to have the follow up and backing in the community. We never felt alone,” says Cheney.

Once financing was in place and a builder was selected, the De Smet Super Deluxe Inn was completed within about 6 months. The 37-unit motel, which includes meeting facilities and an indoor pool, opened in February of 2003.

Initially, the motel was a part of the Super 8 franchise, but today it’s fully independent and maintains a 50 percent average daily occupancy rate. Cheney says the customer base has been growing over the last 14 years.

Tourists who fell in love with the “Little House on the Prairie” books and television show regularly visit De Smet, as it’s the birthplace of author Laura Ingalls Wilder.

“It’s salt of the earth people that come to visit De Smet. They can’t believe how it keeps its prairie ambiance,” says Cheney. “They think of it as a different world but people still come into town and can feel that friendliness as they walk up and down the street.”

A focus on small town hospitality is paying off for the De Smet Super Deluxe Inn.  Cheney says the occupancy rate is gradually rising and they make an effort to keep the motel up with new carpeting and fresh paint. Last year 13 suites got new Tempur-Pedic memory foam mattresses.

Cheney says it’s gratifying when people tell her they’re surprised there’s such a nice motel in town. “We’re here to serve the community and that makes us feel good.”