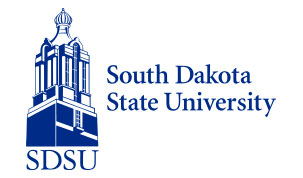 
Universities are unique environments. They serve as fertile ground to test innovative ideas. They cultivate creativity and talent. With the right resources and collaborations, academia can provide fuel for economic growth.

Community, business and university leaders in Brookings, South Dakota formed a collaboration in 2004 to help harness the power of academic creativity and advance knowledge-based economic development in eastern South Dakota.

The partnership’s original aim was to develop a research park at the university in Brookings. “The Research Park was developed by the community for the sole purpose of showcasing SDSU faculty and students to industry,” says Executive Director Dwaine Chapel. “We work diligently with the community leaders, the local economic development team, and the leadership from SDSU to create new opportunities for our local, state, national and global citizens.”

The first building, the Brookings Innovation Center (BIC), was completed in 2008. The business incubator and accelerator assists startup businesses from concept to commercialization.

The park serves as a place to develop, attract and retain technology companies that are aligned with the talent and sponsored research conducted at SDSU, according to Chapel. “The park is the ‘power of place’ where industry and the university collide to create new innovation,” he says.

The Research Park has continued to expand since its inception. It now spans 125 acres. In 2009, it added the Seed Technology Laboratory. The state-of-the-art lab serves as a center for research, teaching and outreach for agricultural science, technology and biotechnology.

The BIC added a second wing in 2012. It’s home to several anchor tenants that assist with startup businesses that are focused on technology and research relating to plant, animal and human projects as well as potential retail products. It also houses the Student Innovation Center, several corporate innovation centers and a makerspace.

There are approximately 38 businesses operating at the Research Park. In total, about 235 people are employed there. And this number is expected to grow.

SDSU President Barry Dunn has an ambitious goal of doubling research at the university over the next decade. Chapel says the Research Park’s new economic development council has embraced this challenge.

“These funds were an essential factor in providing the Park with the appropriate assets to become successful,” says Chapel. “Without this type of financing and the people that are a part of the team, many communities cannot bring economic development projects online.”