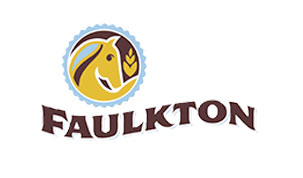 
Industrial parks are a valuable recruitment tool. But acquiring a large property and establishing the requisite infrastructure to attract companies is a major undertaking, particularly for a rural area.

According to Trevor Cramer, economic development director for the Faulkton Area Economic Development Corporation (FAEDC), the town has had the goal of building an industrial park since the 1980s. The main difficulty was finding a suitable property close to city limits.

A site one mile east of town with a conservation easement was eventually identified. FAEDC went through a 15-month process with the U.S. Fish and Wildlife Service to get the easement released so it could develop the property.

The 32-acre site industrial park east of Faulkton on U.S. Highway 212 was recently completed. It has 11 lots, one of which was just sold to Jensen Rock and Sand, a cement company with headquarters in Mobridge.

Jensen Rock and Sand had been looking to locate a plant in the area for some time. Cramer says FAEDC had the company in mind when it began the industrial park project. “We needed to get it done so they could come here. They’ve been patient,” he says.

The plant will start out with two full time and one part time employee. Cramer believes having a cement plant in Faulkton will spur a lot of growth. “This is huge for the whole community. Anytime you have a building project, so much time and expense goes into concrete transportation. This should mean less expensive projects.”

In addition, now that the industrial park has an anchor tenant, Cramer anticipates other lots will start selling. FAEDC is especially interested in attracting industries and businesses that aren’t currently represented in Faulkton. “Most will probably be ag related in some way shape or form. Maybe we’ll attract an auto-body shop or a meat locker,” says Cramer.

If all goes as planned, the industrial park will help promote growth in the town for years to come. “I’m pretty excited about what this means for future progress in our community,” Cramer says.

The State Board of Economic Development provided a $384,000 grant for the industrial park. The grant provided about 45 percent of the funds needed but its use was restricted to infrastructure costs. A Rural Electric Economic Development (REED) Fund loan, from FEM Electric Cooperative, covered about half of the project’s land acquisition and building costs. FAEDC came up with the remaining 5 percent to make the project a reality.

This is FEM and REED’s third loan to FAEDC. Earlier loans helped fund a new community center/gymnasium and a mini mall on Main Street.